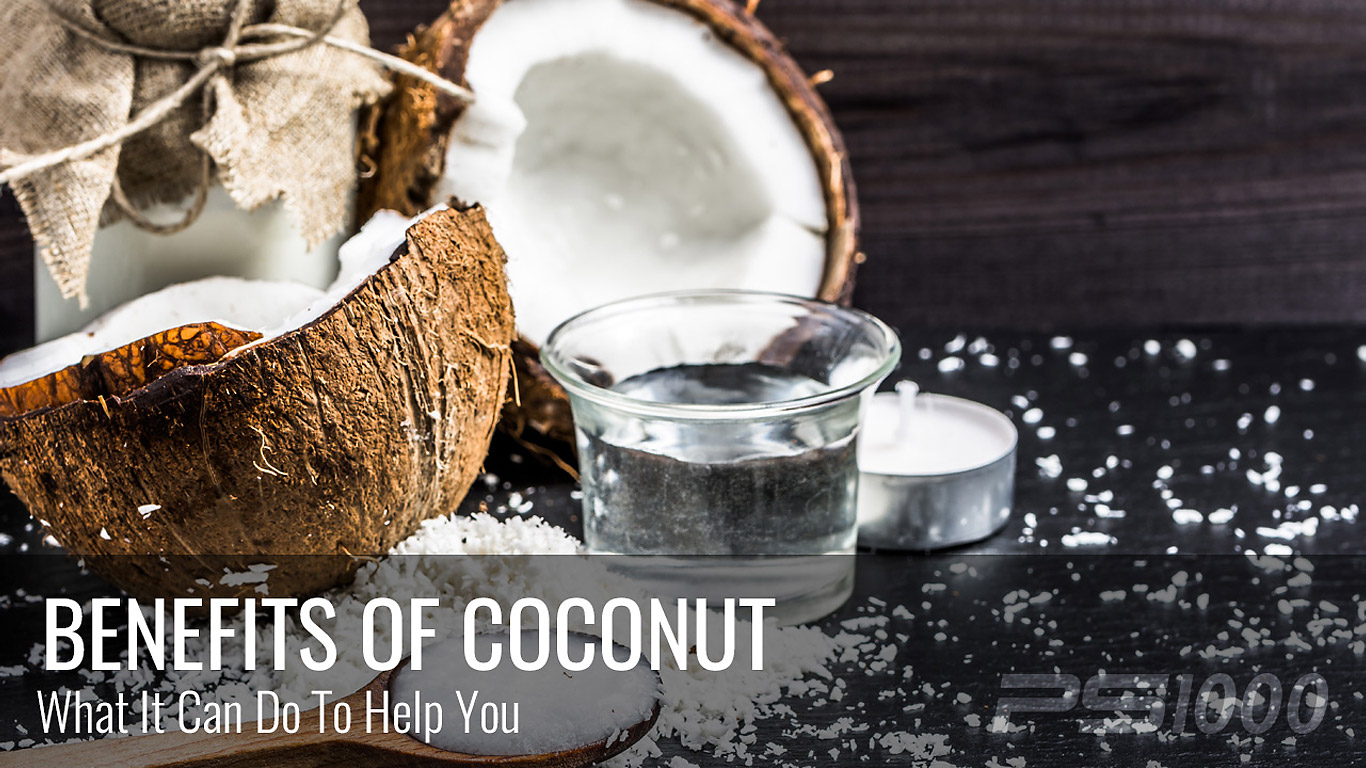 The Benefits of Coconut

When you sit back and think of coconuts, do you envision a beach and palm trees or do you envision better health and wellness for your body? Many times people know coconuts to be a nice tropical fruit that makes sunscreen smell good, and poolside drinks taste like paradise. Well, there is more that meets the eye with its powerful and very noticeable benefits it can give to your body. There are many ways you can enjoy coconuts: straight from its shell, through coconut water, and through coconut oil. If you are looking to purchase coconut oil, be sure to purchase Virgin Coconut oil instead of Refined. A little tip: Extra virgin, and virgin have the same qualities when it comes to coconut oil! There has been some confusion swirling around the hot topic of coconut oil, due to its 87% saturated fat content. While it contains saturated fat, some of which don’t affect your cholesterol levels. What to be cautious of, is the overconsumption of coconut oil due to the lauric acid that does raise HDL cholesterol. All in all, it is a wonderful healthy oil when used in moderation, like anything!

There are so many uses for coconut oil, whether it be on your body used as a lotion, in your food and drink, or in your mouth used as a mouthwash. Yes, you read that right! It is also called “oil pulling” and it has been around for thousands of years! Let’s learn more about it.

What Is Oil Pulling?

The practice of oil pulling originated from ancient Ayurvedic medicine. It started in India thousands of years ago by Dr. F. Karach. He saw much success from oil pulling in his medical practices, and it was later introduced to the United States in the 1990’s. Many people use coconut oil to oil pull, but sesame, sunflower, and extra virgin olive oil are used too.

In India oil pulling is called “kavala” or “gundusha” and the idea behind it is that you swish 1 tablespoon of oil around in your mouth for 20 minutes on an empty stomach to rid your body of toxins that come from the mouth. It has been said to whiten teeth, diminish bad breath, and clean your mouth from harmful bacteria that causes gingivitis and other nasty diseases.

Based off of a popular oil-pulling article it is stated, “Most microorganisms inhabiting the mouth consist of a single cell,” Emery adds. “Cells are covered with a lipid, or fatty, membrane, which is the cell’s skin. When these cells come into contact with oil, a fat, they naturally adhere to each other.”

“Dr. Katey Yeowart, MBBS MPH, says coconut oil makes for a great mouthwash because it is rich in Vitamin E, which acts as an antioxidant. It also has anti-fungal and anti-bacterial properties.” (Phillips, 1). Next time you have coconut oil on hand, try oil pulling for yourself and see if you notice a difference in your tooth and gum health! It has been said that one cup of coconut water will make up for ten percent of your daily potassium intake. Coconut water has roughly 45 calories per 8 oz. so be mindful of how much you consume if you are looking to watch your calories! Coconut water is essentially based from water so it is relatively low in calories compared to your average sports drink. Always look for coconut water without added sugar to maximize the health benefits. Along with coconut water containing potassium, it also contains magnesium, copper, and is loaded with antioxidants. This trumps the average sugar filled sports drink in my mind, and it has less calories too!

Fats in general get a bad rap, but what many people don’t understand is that not all fats are bad for you. Especially with cooking oils, it can be hard to know which ones to stay away from and which ones to gravitate toward. Coconut oil has anti-bacterial and anti-fungal properties, which can help in many ways (aid with cuts, easy digestion, and prevent scarring from happening). The list can go on and on with the benefits of coconuts and the last few are improved skin clarity, lower cholesterol, and an increase of thyroid protection.

Coconuts are also used in many healthier desserts, which you can enjoy relatively guilt free. This banana/coconut ice cream recipe came from “Eating Well” and it is simply divine!

To toast shredded coconut, place in a small dry skillet and cook, stirring often, until golden, about 5 minutes, or spread in a shallow baking dish and bake at 350°F until light golden and fragrant, 5 to 10 minutes.