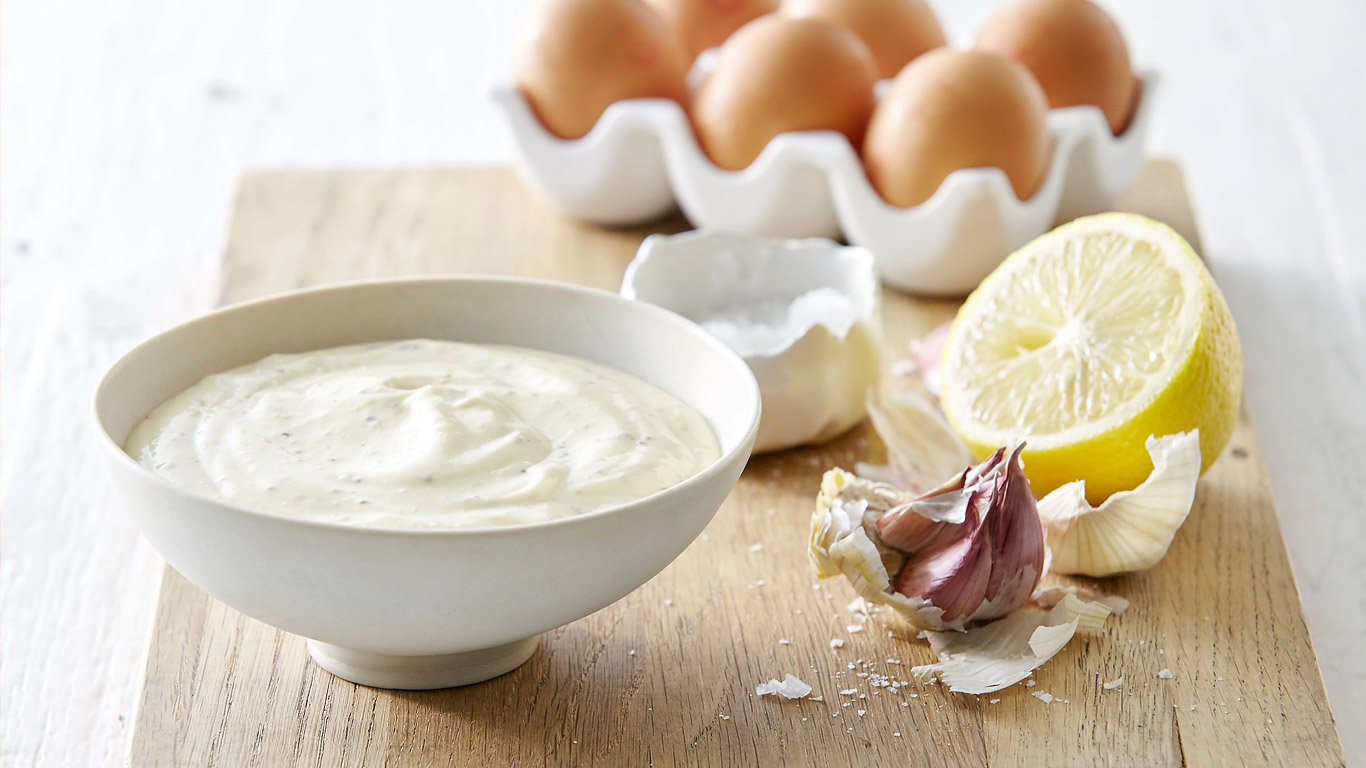 Aioli is a unique yet extremely popular sauce you can add alongside of burgers, sandwiches, or it can be used as a dip for veggies, meats, and hardboiled eggs. The name is rather unique, and its country of origin is Southern France in Provence. Unlike Mayonnaise, this sauce when used in moderation is very healthy for you overall and it is tasty too! Mayonnaise is typically made with egg yolk, canola oil, vinegar, and lemon juice but there are other ways to make it too. Aioli on the other hand is a culmination of garlic, olive oil, lemon juice, kosher salt and a few other ingredients. See the delicious fresh aioli recipe here.

Not everyone is familiar with the actual information behind aioli sauce, but frequently see it at restaurants. This refreshing sauce is native to the Mediterranean region of the world and it has been recreated time and time again throughout different cultures. It is extremely popular in France, Spain, and Italy especially and it does not stop there. The original way to make aioli is without egg yolk and lemon juice, and there is a significant amount of garlic that is added for optimal flavor. In both Spain and France at times it is made with egg yolk and lemon juice as a “garlic” style mayonnaise, and it is also made just like its tradition without.

Did you know that the word Aioli is a mix between garlic and oil? In Spain they do not think adding eggs to this sauce make it a true aioli sauce, but in France they beg to differ. It is still made both ways however. The name originates from its original recipe, so the new creations of this sauce are simply an add on. Traditionally, aioli is made in a mortar and pestle but today many restaurants make it in a food processor. The result is not the same and it does not come out with the typical constancy than it does traditionally.

According to The History Of Sauces, “The first apparent written mention of a sauce resembling aioli was by Pliny the Elder (23-79 A.D.), the Roman procurator in Tarragona (a city located in the south of Catalonia on the north-east of Spain.)Whether garlic was introduced to France by the Romans, brought back to France during the crusades, or a native of French soil is not known for certain.” [1]

No matter how you like to enjoy your aioli (with or without egg) there are truly health benefits to eating olive oil and garlic in moderation of course. This tasty, tried, and true sauce is one that does not get much more pure. If you are following the PS1000 diet program, it will pair nicely with some of the meats and egg dishes you find in the recipes section. As long as consumption is on moderation, this simple sauce does one for the taste buds!