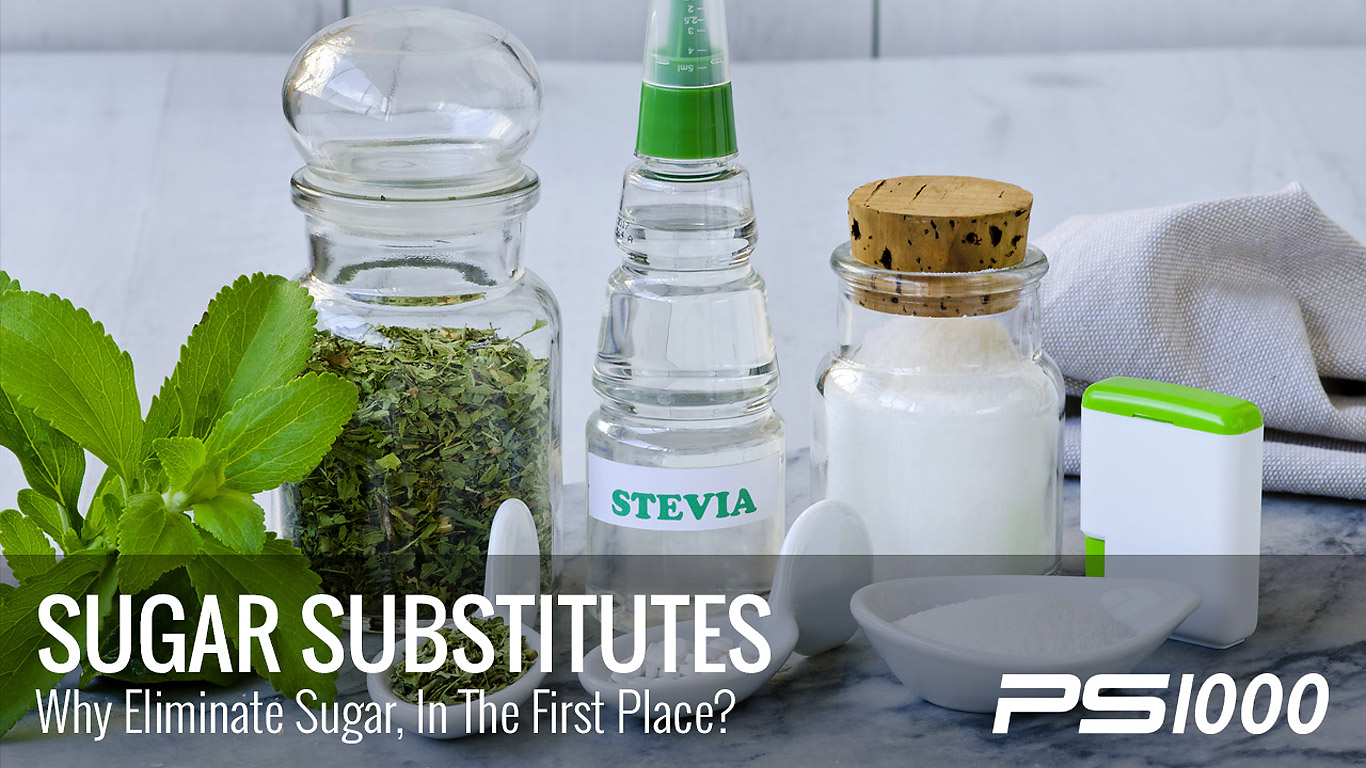 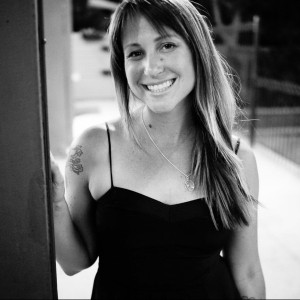 Most of us know about the dangers of a high sugar diet, but along with this knowledge has become an increase in the use of sugar substitutes. Unfortunately, fake sugars actually are certainly not healthier than the real thing; in fact, some are even worse.

Read on to learn the real deal on sugar substitutes. If you are making the healthy (and difficult) choice to cut out or decrease the amount of sugar in your diet, make sure you aren’t replacing it with a substitute that might actually be undermining your health and hard work.

Food additives are substances added to our foods in order to enhance color, appearance, flavor and shelf-life. Many (although not all) sugar substitutes fit into this category. While they might sound harmless enough, some food additives and sugar substitutes pose serious health risks, and learning which ones to avoid should be high priority.

Amongst the general population of the United States, approximately 90% of purchased food is processed. Processed foods are ones that are made in a lab instead of coming from nature (such as vegetables, fruits, meats, nuts, seeds, etc).

As author Michael Pollan writes in his bestselling book The Omnivores Dilemma, “Don’t eat anything your great-grandmother wouldn’t recognize as food” (1). Without a doubt, most processed foods and food additives fall into this category.

Why Eliminate Sugar, In The First Place?

This is a whole topic in and of itself, but here’s a quick rundown. Remember that certain sugar substitutes hold similar dangers, which is why it is important to have a solid understanding of why all types of sugar (real and fake) can cause problems.

Sugar is an anti-nutrient, which means that it offers no health benefits whatsoever, and actually causes the body to use up nutrients in order to process it. It contains no protein, essential fatty acids, vitamins or minerals. It also has an extremely negative impact on the liver (especially fructose), and can potentially lead to conditions such as fatty liver disease and metabolic syndrome.

As if that weren’t enough, sugar also suppresses the immune system and is the leading cause of obesity (2).

What Are Sugar Substitutes?

To avoid these dangers, many people turn to sugar substitutes. Many of these sugar replacements are artificial (made in a lab) and others come from nature. Here is a list of some of the most common substitutes used today, and their pros and cons.

Aspartame is one of the most widely used sugar substitutes. While there is a lot of controversy over whether or not it is is truly harmful, enough studies exist that are convincing enough to be on the safe side and avoid it. Aspartame goes under a lot of names, such as the commonly used Equal and NutraSweet. This additive is made by combining the amino acids phenylalanine and aspartic acid together. Some studies have linked aspartame to cancer (3), while others show no connection.

Other suspected conditions connected with aspartame include diabetes, cognitive conditions and obesity.

Sucralose is most commonly used under the brand name, Splenda, and is 600 times sweeter than table sugar. It is made from sugar and is a zero calorie sugar substitute. While its makers claim that sucralose has no negative impact on blood sugar levels, one study found that it actually raised insulin levels by up to 20%, and blood sugar levels by 14% (4). Other studies have found that sucralose can decrease the amount of good gut bacteria, leading to GI problems, and that, when used in baking, it seems to react with other ingredients causing potential cancer-causing bi-products.

Sucralose (like many sugar substitutes) is highly controversial, but should definitely be avoided in cooking and baking, and perhaps is best avoided, period.

High fructose corn syrup is a particularly processed form of sugar derived from regular corn syrup, and studies have proven that it is a major contributor to obesity and diabetes (5).

All refined sugar can have horrible effects on your bodies metabolism, leading to serious conditions such as high triglycerides, fatty liver disease and insulin resistance. Be on the lookout for chemically derived sweeteners that end with the letters “ose” or “ol.” Label reading is essential, as sugars are hidden in most processed and packaged foods.

Saccharin is 700 times sweeter than sugar, and is most often used under the brand name Sweet n’ Low, in the United States. This substitute is also zero calorie, and 100% made in a lab. Nowadays, all US health authorities agree that saccharin is totally safe, but some studies suggest otherwise.

One found that it caused bladder cancer in rats, while other studies showed no connection. Again, like many of its sugar substitute counterparts, the verdict is still out on this one, even though it is the oldest sugar substitute on the market.

Stevia is sugar substitute that has become very popular in the natural health community, and comes from the leaves of the stevia rebaudiana plant. This plant has actually been grown in South America historically for its medicinal purposes and sweet taste.

Stevia is hands down a better choice than the chemically derived sugar substitutes listed above. Several studies have shown that it might lower blood pressure in individual’s with high blood pressure and lower blood sugar in diabetics (6).

The major downside of stevia is its bitter taste than many people strongly dislike, eliminating it as an option for some.

Erythritol is a sugar alcohol that is naturally occurring in certain fruits, but the type you would buy to use as a sugar substitute is artificially made. It has roughly 70% of the sweetness of table sugar, and has been shown to have no negative effects on blood sugar levels. It is also a superior choice to chemically derived artificial sweeteners.

Xylitol is another sugar alcohol that is a commonly used sugar substitute in the natural foods community. It has also been shown to have no blood sugar raising effects (7), and might even offer certain benefits such as dental health and improved bone density (although further studies are needed).

The main thing to remember about xylitol and other sugar alcohols is that they commonly cause digestive distress, especially if used on a regular basis and in large amounts. They are largely indigestible by the body, and could cause diarrhea due to the excess water they pull into the large intestine.

Honey is not a sugar substitute in the sense that it is produced to be specifically used instead of white sugar, but it is one of the most common sugar alternatives. It has been used by cultures around the world for its sweet taste and nutritional benefits, and certainly is superior to refined sugars and artificial sugar substitutes like aspartame and the others listed above.

While honey is the far better choice, those with diabetes or other blood sugar conditions should be aware that honey will still have a blood sugar spiking effect, and should definitely be used in moderation.

Coconut sugar is another popular sugar alternative, and comes from the coconut palm tree. It is though to have a lower glycemic index than white sugar and offer more nutrient value (which is easy, since refined table sugar offers zero nutrient value).

Coconut sugar retains minerals such as zinc, potassium and iron, along with fiber, which is why it has a lower glycemic index than regular sugar. However, coconut sugar is still very high in fructose, and just as high in calories than regular sugar. It is also by no means a good source of the nutrients it does contain (as it contains them in very low amounts), and still can be harmful in many of the same ways that regular is harmful.

Bottom line: coconut sugar is a slightly better option, but still not one that should be used on a regular basis. The short answer to this question is: probably not. But, that does depend on which substitutes you are using.

Artificial sweeteners like aspartame, saccharin and sucralose have been shown to actually increase appetite (8), therefore leading to overeating and weight gain. This is largely because of the chemical make-up of sugar sweeteners that can actually interfere with neurotransmitters and hormones responsible for satiety and appetite. Yikes.

The more natural sugar substitutes like stevia, xylitol and erythritol could potentially support weight loss, and at the very least seem to not lead to weight gain.

So What’s the Verdict On Sugar Substitutes?

All sweet sensations can lead to a raise in insulin, not to mention sugar addiction when consumed regularly. Many artificial sweeteners might actually cause more harm than simply indulging in regular sugar every now and then, and certainly are not doing you any favors.

Plant based and natural options like the ones discussed here are certainly better sugar substitute options, but should still be used in moderation. If you find that this is extremely hard and are facing a sugar addiction, consider undergoing a sugar detox to get you going in the right direction.