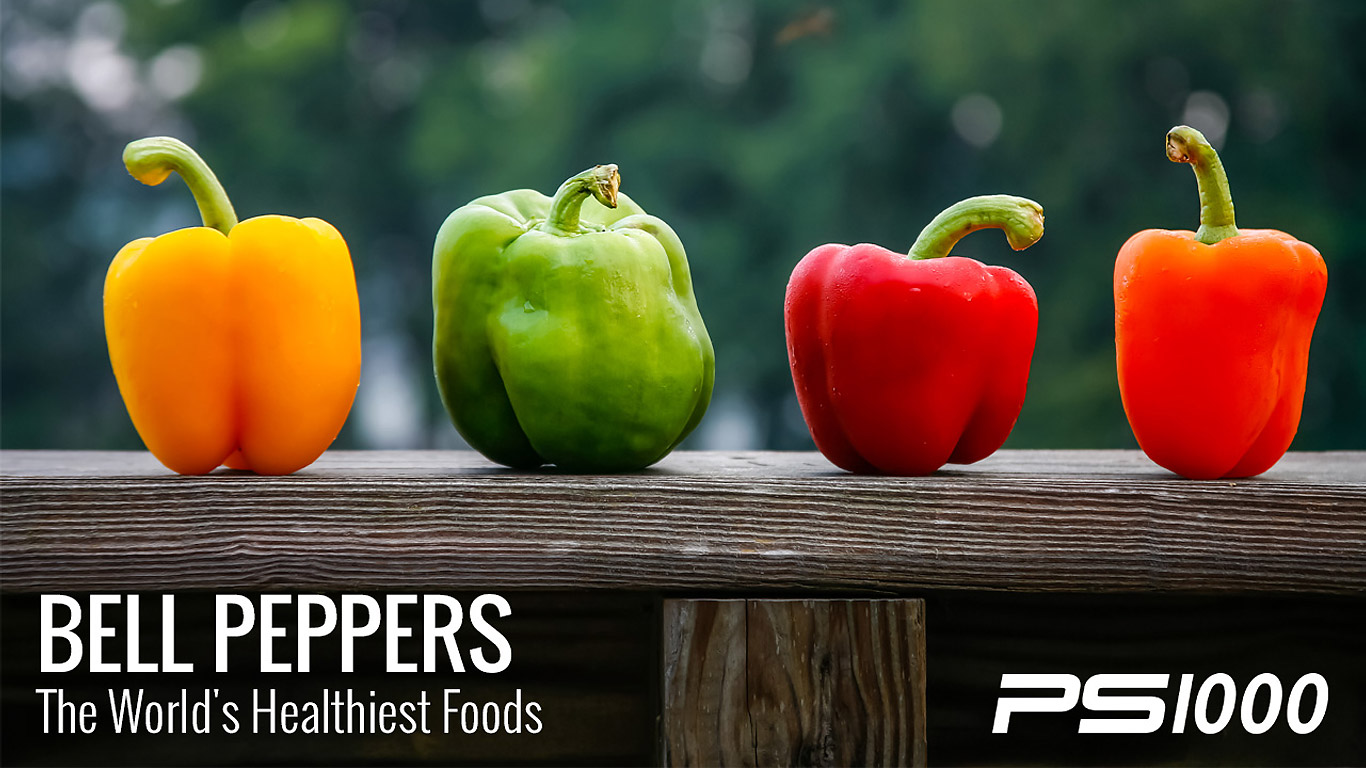 The Benefits Of Bell Peppers

Bell Peppers are deliciously crunchy, colorful, and a healthy favorite that goes with a variety of foods during a variety of seasons. It is hard to think that something so tasty, can come with such a pack of nutrients. The different colors offered in the variety of bell peppers each have their own unique DNA when it comes to nutritional facts, and it has been said that the red bell pepper holds the most nutrients of the four primary colors found. There are yellow, green, orange, and red peppers to choose from and they each are different in genetic makeup even though they come from the same genus called the Capsicum annuum. The bell pepper is apart of the nightshade family, and you will be surprised to know that they can be found in purple and black too.  Here are the differences between the four main colors of bell peppers:

It is best known to be the “unripened” pepper that is harvested early. The taste is less sweet and more bitter than those of yellow, orange, or red color. It is cheaper at the store because it needs less time to grow and be harvested. Even though this pepper was picked early, it still has a lot of key vitamins like C, A, and plenty of potassium (1). It is the most mature pepper you can find, and it is sweet in flavor. The nutrient levels in the green and red peppers are similar, but the red has more nutrients overall because it had more time to mature before it was harvested. It is said, “Red bell peppers also have eleven times more beta-carotene, one and a half times more vitamin C, and ten times more vitamin A than green bell peppers.”(1). On top of those wonderful nutrients the red peppers also have a nutrient called lycopene which is an antioxidant that helps ward off cancer cells in the body.

These two colors of peppers fall in the middle regarding their maturation stage. They are not unripened, nor are they let to mature to their fullest potential. They too have the full set of nutrients as both the red and green bell peppers just in different quantities. For example, they have double the vitamin C content than a green pepper but only ⅓ the quantity of Vitamin A. Bell peppers have been grown since the 1500’s and were first discovered in South and Central America. Originally called “pimiento” it was later given the name “pepper” when the European settlers brought it to their land in 1600’s. Bell peppers are pretty resilient and can grow in a variety of climates, but prefer the hotter climates to cold. In the United States, New Mexico, California and Florida are the main producers of peppers to date (3). While one would think the pepper is just destined for Spanish dishes, it really isn’t the case. They can be used in a variety of foods worldwide, and fit into many cultural dishes throughout the world.

Why Are Bell Peppers So Healthy?

These colorful and crunchy veggies are said to be healthy due to their content of beta-carotene and plethora of vitamins and minerals they bestow. They contain carotenoids, which are vital to health and nutrition in the body. What is a carotenoid? According to livescience carotenoids are, “Plant pigments responsible for bright red, yellow and orange hues in many fruits and vegetables.” (2). They also help plants absorb light for photosynthesis, and they contain important antioxidants that destroy free radicals. I would say this ingredient is pretty important when it come to the Bell Pepper’s nutritional content.

According to World’s Healthiest Foods, the bell peppers have the capabilities to lower your chance of cancer and inflammation in the body. “With a rich supply of phytonutrients that have antioxidant and anti-inflammatory properties, bell peppers would be expected to help offset these factors and lower our risk of cancer development.” (3).

There are some great recipes that have bell peppers in them, and you can eat them plain without any recipe for an equally good experience. Try out the breakfast peppers, and you will get the benefits of bell peppers and protein to start off your day on the right foot!