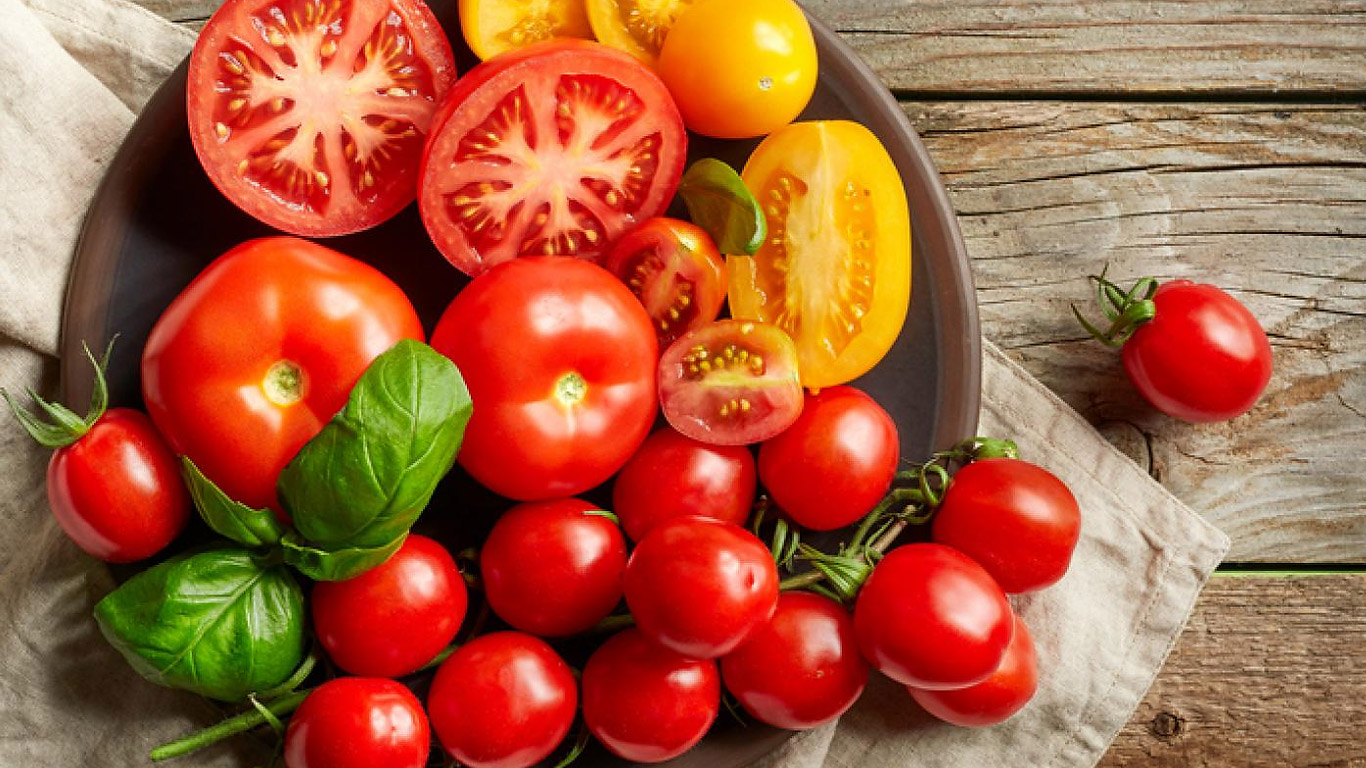 The tomatoes you see in the Tex-Mex Salsa are a wonderfully fresh and flavorful way to incorporate tomatoes into your diet. They are versatile and can be grown in the garden, or they can be easily purchased at the grocery store for convenience. Not only are tomatoes great for your insides, but they also act as a natural sun protectant for your outsides. According to the Universities of Manchester and Newcastle, England, “Eating cooked tomatoes may act as a kind of internal sunscreen by helping block UV rays. But eating tomatoes is only a supplement to using sunscreens, they caution, not a replacement.” (1).

Tomatoes originated from Peru, and their scientific name according to Quick Crop is “Lycopersicon lycopersicum meaning wolf peach.” (2) It was during the time of the Aztecs back in 700 AD They landed in Europe in the 1500’s, and they eventually made their way around the globe but not without hesitation first. The British thought tomatoes were poisonous when they first took a look at them, and the wealthy people were skeptical of their anatomy interfering with their plates.

According to Veggie Cage, “Rich people in that time used flatware made of pewter, which has a high-lead content. Foods high in acid, like tomatoes, would cause the lead to leach out into the food, resulting in lead poisoning and death. Poor people, who ate off of plates made of wood, did not have that problem, and hence did not have an aversion to tomatoes. This is essentially the reason why tomatoes were only eaten by poor people until the 1800’s, especially Italians.” (5).

Not only do tomatoes taste great, but they are highly nutritious too. According to WebMD, “Tomatoes contain all four major carotenoids: alpha- and beta-carotene, lutein, and lycopene. These carotenoids may have individual benefits, but also have synergy as a group (that is, they interact to provide health benefits).” (3). On top of the carotenoids, they also contain an abundance of vitamins and minerals such as potassium, vitamin C, iron, zinc, and vitamin K.

Next time you are in the market for some tomatoes don’t be afraid to try out the different varieties there are. Roma, cherry, sweet, and heirloom are some of the popular varieties and they won’t disappoint! They have been linked to bettering your heart health as well, so there are more positives than negatives when biting into one of these juicy treats! You can get creative, and make homemade tomato sauce for pizza dishes or you can make a delicious side of bruschetta if you are in Phase 2 of the program and are looking for a new appetizer. With over 10,000 different species of tomatoes, you are bound to come across one that you like and enjoy.