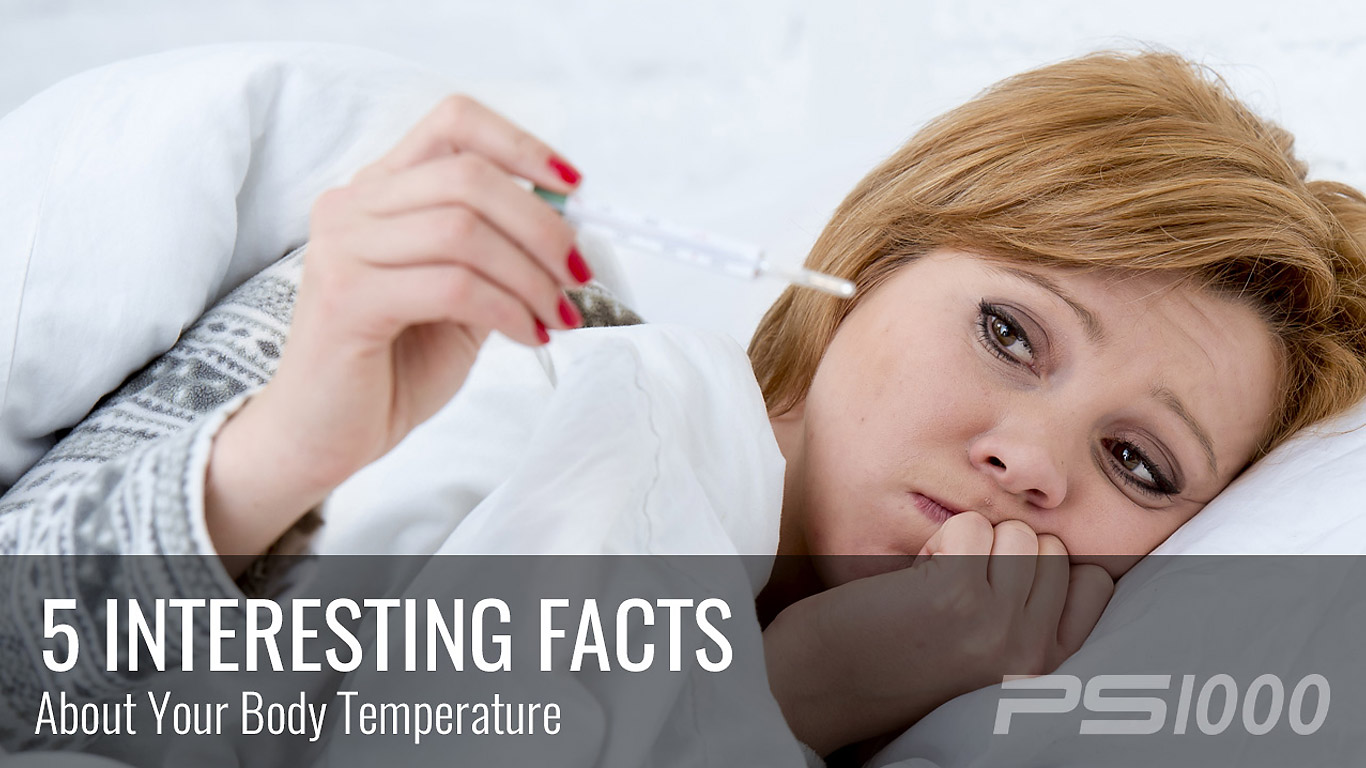 5 Interesting Facts About Your Body Temperature

There are some things in life we never stop to actually think about, and when going through everyday life we find ourselves taking for granted. Body temperature is one of those things. Without regulated body temperature, we would all die. If the body’s temperature drops too low your respiration system starts to slow which eventually leads to death. On the contrary, if your body temperature gets too high, the enzymes in your blood start to denature which leaves them unable to catalyze as well which will lead to death. Studies have often told us that a normal temperature is 98.6 degrees Fahrenheit, but many people see themselves sitting comfortably in the 97-degree range. Here are a few fun facts about body temperature that you may not have known before! Not everyone can stand spicy foods, but if you can don’t be surprised to see your body temperature going up as you are eating. Many people start to physically sweat when they are eating spicy foods, which is a tell tale sign that your internal temperatures are rising. Because the temperature in the body rises, you burn more calories when eating spicier foods!

The Cooler Your Temperatures, The Better You Sleep

I am not saying that if you sleep with just a sheet versus a comforter you will sleep better but studies have shown the higher your body temperature the worse you will sleep. Many times higher body temperatures are found in patients with insomnia, as they have a harder time sleeping through the night. By having your skin gently cooled when sleeping, you will automatically get a better night sleep than if you were not letting your skin breath at all.

Your Age Will Affect Your Body Temperature

The older we get, the lower our body temperatures can become overtime. With normal body temperatures for early to middle age people ranging between 97-99 degrees Fahrenheit, to slightly lower 93-96 degrees in elderly folks. As stated above, this can have a great impact on your respiratory function.

Despite What Your Mother Says, You Do Not Lose Heat From Your Head While hats are great to wear when it is cold outside, they are not the reason your body temperature can balance itself to battle the elements. Body heat is lost evenly throughout all areas of the body. However, in children their heads are larger than other parts of their body’s, which can let off heat much more apparently than that of an adult.

Your Body Temperature Can Help You Become Pregnant

Believe it or not, women chart their body temperatures to know when their body is ovulating in preparation for pregnancy. The body is unable to implant an egg if the body temperature is too low (usually under 97 degrees) so recording the body’s temperature is necessary. For example, a woman takes her temperature every morning before she even gets out of bed, and when it is anywhere from .04-1 degrees higher than normal, her body may be ovulating. If it stays at a higher temperature for over 16 days, it may indicate that she is indeed pregnant. There are BBT (Basal Body Temperature thermometers) you can purchase at the store to find out if you are ovulating or not. Or you can simply buy a regular thermometer that tells you if you are running a fever, as those work just as well!